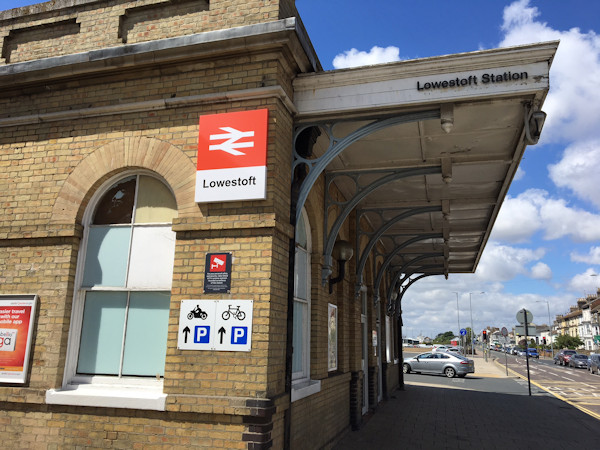 A major project set to transform part of Lowestoft Railway Station by creating a unique public space has been given the go ahead now that more than £100,000 has been secured for the scheme.

For the past eighteen months, the East Suffolk Lines Community Rail Partnership has been working on plans to restore the former parcels office on the stations north eastern corner into a unique public space able to host a variety of events including local produce markets, antiques fairs and exhibitions. In addition, doors leading from the station concourse are to be restored, enabling the site to be reconnected with Station Square and the town centre.

As part of the project work was recently undertaken to secure and clear land to the south of the station site, which saw several tonnes of rubbish and abandoned vehicles removed enhancing the approach by rail into the town and addressing historic issues of trespass and anti social behaviour. Stabilisation works have also been undertaken on the former station buffet buildings and the plans include making more use of the stations substantial concourse area which will be enhanced creating a Victorian Courtyard able to host a variety of public events.

Funding for the 100k project has come from the Designated Community Rail Development Fund, the Railway Heritage Trust, the East Suffolk Lines and Wherry Lines Community Rail Partnerships as well as from the local business community. In support of the project, equipment has also been gifted by Waveney District Council and additional work on the site undertaken by Network Rail.

It is anticipated building and restoration works will commence this Autumn with the new facilities open by next spring. The scheme will also see further improvements including new planting and landscaping, new concourse lighting and enhanced visitor information, complimenting recent works which have seen a visitor information and community rail office opened and community artwork installed within brick arches opposite platform 4. 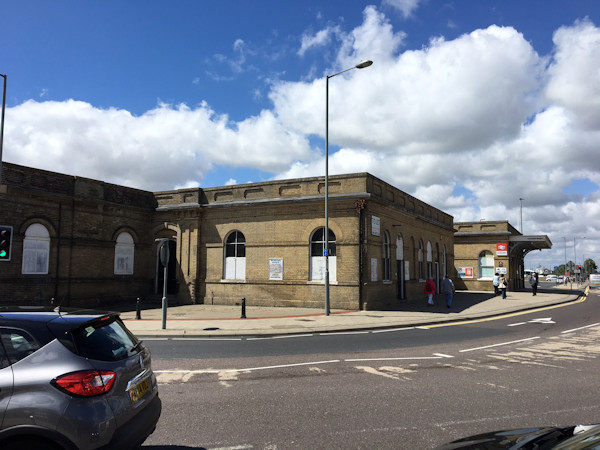 Community Rail Officer for the East Suffolk Lines Community Rail Partnership, Martin Halliday said; “We are delighted to confirm that following some eighteen months of planning, we have now received funding to restore and bring back into use a substantial part of Lowestoft’s iconic railway station. Our plans include the creation of new indoor and outdoor public spaces which will enable the hosting of a variety of activities and help preserve the station heritage. We very much hope this important step forward will act as a catalyst in securing further enhancements to the station and the surrounding area.”

Chairman of the East Suffolk Lines Community Rail Partnership, Aaron Taffera added; “Lowestoft Station is one of the best located transport hubs in the UK, situated in the very heart of the town. We believe our plans for the site will help provide a much improved first impression to those visiting Lowestoft and create an opportunity to make the station a visitor attraction in its own right. The East Suffolk Lines Community Rail Partnership are grateful to the funding bodies and our partners from the Station Working Group who are supporting our exciting plans.”

Paul Oxley, Stakeholder Manager for Greater Anglia said: “We are very pleased to support this superb Community Rail initiative which will see major improvements at Lowestoft Station. We have been working with the East Suffolk Lines Community Rail Partnership and the Lowestoft Station Working Group to help facilitate their plans and with the forthcoming replacement of our entire fleet with brand new trains together with resumption of direct London services from the town in late 2019, we are looking forward to being part of an exciting new era for Lowestoft Station.” 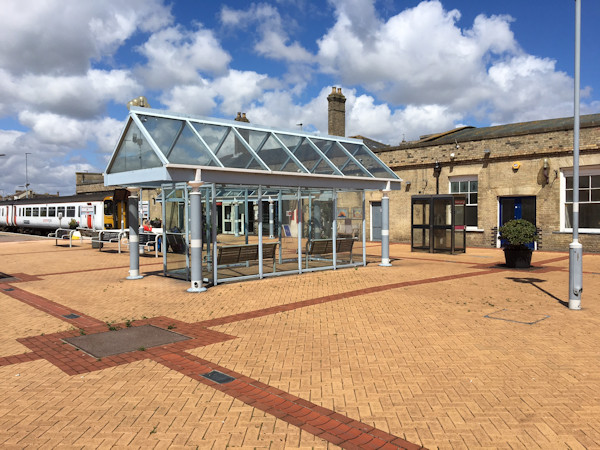 Lowestoft Station first opened in 1847 and current services run to Norwich and Ipswich, in addition, a daily service connects with Harwich International. The East Suffolk Line has enjoyed a 99% increase in passenger numbers since the introduction of an hourly service a few years ago. Around half a million passengers travel through the station, the most easterly on the entire UK rail network, each year.

Waveney MP Peter Aldous said; “Securing funding for this project is great news as it is an important step in the full restoration of Lowestoft Station and its surrounding area. The station which is an historic building and Britain’s most easterly railway station occupies a strategic location close to the Town Centre and is readily accessible to the beach. Its restoration will help attract more people to the town and follows on from the reintroduction of the hourly service to Ipswich and the forthcoming reintroduction of a through service to London in 2019/20 when new trains will also be running. It is important that other improvements follow including further enhancements to the East Suffolk Line and the Wherry Line to Norwich and I look forward to continuing to work with the East Suffolk Lines Community Rail Partnership and all other interested parties to secure this.”

Andy Savage, Executive Director of the Railway Heritage Trust, said “Bringing Network Rails disused historic buildings back into use is a key objective of the Trust, so we are delighted to support this project. We hope that this new facility will help open up the link between the town and the station, and be a precursor to restoring the adjacent, Peto-built building. We congratulate the East Suffolk Lines Community Rail Partnership on putting this project together.”