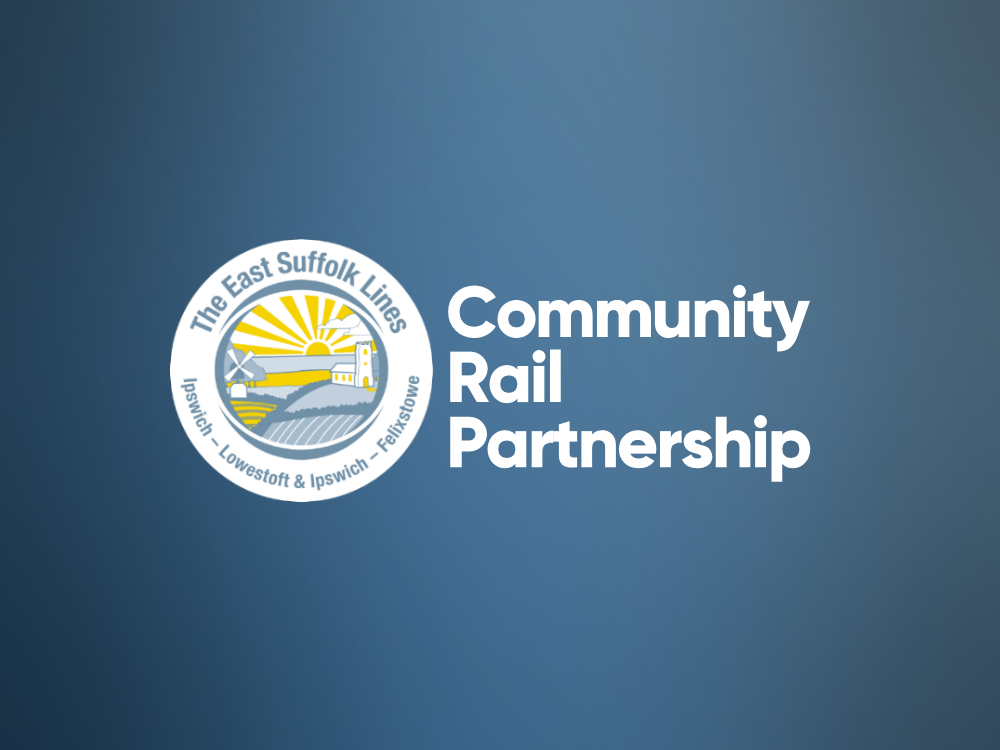 The Partnership aims to bring together representatives of the local transport authority, local planning authorities, train operating company, infrastructure operator and a wide range of local community groups, with the objective of securing the future of the Ipswich – Lowestoft and Ipswich – Felixstowe railway lines through increased patronage and revenue.

The partnership is funded by train company Greater Anglia, Suffolk County Council, Ipswich Borough Council and East Suffolk Council who hold seats on the board.

The Community Rail Partnership’s three Line Groups are also represented on the board; they’re comprised of individuals, community groups, businesses and representatives of town and parish councils, and user groups.

Our officer works with our board and the Line Groups to help develop and deliver our activity plan.

The ESLCRP is a member of the Community Rail Network which is the membership body for nearly 70 community rail partnerships representing more than 1000 station adoption groups.

On 3 March 2015 the Department for Transport (DfT) awarded Designated Service status to the East Suffolk Lines (Ipswich – Lowestoft, Ipswich – Felixstowe). The designation provided for a flexible approach to help improve the financial performance of the lines, increase the social value of the railway, and ensure the East Suffolk Lines long term future.

On 29 May 2020 the partnership was awarded accredited status. Accreditation is formal recognition by the DfT that a community rail partnership (CRP) operates to a high standard and that its objectives and activities are supported by Government. The Department for Transport’s new Community Rail Strategy sets out what the Government expects to see from community rail organisations through 2028.

For more information on the CRP and how you can get involved through one our three Line Groups click on the links below: