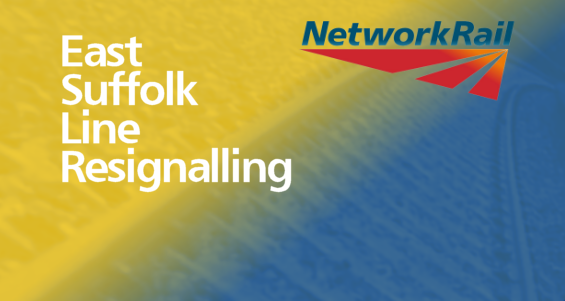 An almost year long project to replace the old signalling system on the East Suffolk Line is complete.

Singling and Signalling in the 1980s

In 1985 the East Suffolk Line was single-tracked in two places: from just north of Oulton Broad South station to Halesworth, and from Saxmundham to Woodbridge. At the same time RETB (Radio Electronic Token Block) was installed to control train movements between Westerfield and Oulton Broad South. The system was radio-controlled by the lone remaining signal box at Saxmundham.

The end of RETB, and the beginnings of the Beccles Loop

Five years ago the communications regulator Ofcom informed Network Rail that the frequencies used by RETB would no longer be available as of January 2013; this was due to an increase in the power of digital radio transmitters using those same frequencies on mainland Europe. At the same time a push for more frequent services was being made, but this was restricted to one train every-other-hour due to the single track section from Oulton Broad to Halesworth; it would require reinstating a section of dual track which would become know as the ‘Beccles Loop.’ 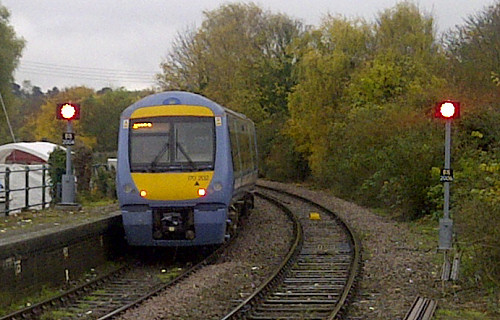 After securing funding for the new £18 million signalling system and the separate £4 million Beccles Loop (£3 million of which was for track and signalling at the station) it was decided these two schemes could be much more effectively delivered if constructed at the same time. Site works began in November 2011 with design works complete in January and February 2012. The Beccles Loop track and points works were installed in May 2012, and the new signalling system was commissioned Tuesday 23 October, 2012. The points at Halesworth and Woodbridge were also upgraded.

The signaling system along the East Suffolk Line was completely renewed with solid state interlocking, which required 25 new signals, 7 miles of trough, and a new signal controller system at Saxmundham. The original panel has been retained for emergency use.

Passive provision has been made within the interlocking data which will allow for the future reinstatement of a passing loop at Wickham Market station (at Campsea Ashe) if needed. This could be required if freight services increase due to the new power station being considered at Sizewell.

Network Rail is also examining line speeds. A number of both protected and unprotected level crossings on the route severely restrict line speeds. Addressing the issue in combination with the newly installed signalling system will allow for future line speeds up to 75mph.