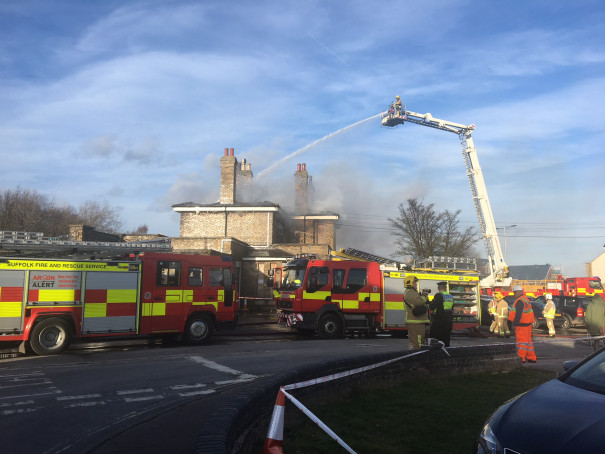 A major fire has struck Saxmundham railway station. Suffolk Fire and Rescue Service was called out just before 2pm. Smoke could be seen billowing from the roof and each of the station’s chimneys. Flames were spotted coming from a first-floor window above the station canopy.

Fire crews spent just over two hours battling the blaze and reported the fire was under control by about 4:15pm.

The cause is unknown at this time but Suffolk Fire and Rescue Service say it started on the first floor.

The station had been vacant for several years following a decision by the owners of Travel Cannon, who operated a travel agency inside, to retire.  Non-profit group The Art Station leased the building from Greater Anglia last year and were planning to open an arts centre. Clare Palmier of The Art Station said “I’m very upset at the damage to this fine period station building and the potential loss to the community of a building for the arts. Lots of hard work and energy from so many people has gone into this project.”

Train services between Ipswich and Beccles were suspended for a time with a bus replacement service transporting passengers to connecting trains at Beccles. Full rail service resumed with the 18.07 departure from Lowestoft and the 18.13 departure from Ipswich. Northbound trains were able to call at the station as normal, but due to the proximity of the southbound tracks to the fire scene trains from Lowestoft to Ipswich were unable to call at the station. Passengers heading south to alight at Saxmundham were advised to take a replacement bus from Darsham to Saxmundham; passengers at Saxmundham heading south to Ipswich were advised to take the replacement bus to Wickham Market station to join the train service. 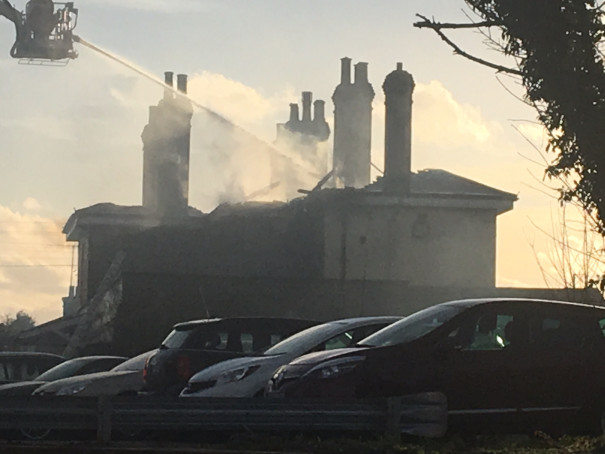