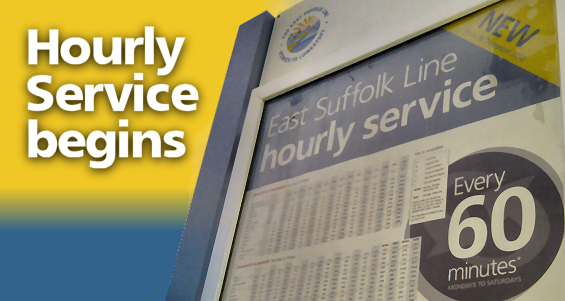 Twenty-five years after the East Suffolk Line was singled in two places, and 20 years since the idea was first muted, hourly services are once again running on the entire length of the line from Lowestoft to Ipswich. 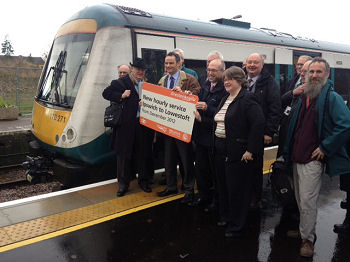 A push by local groups, parish and town councils, districts councils, Suffolk County Council, the East Suffolk Travellers Association, and the East Suffolk Line Community Rail Partnership has seen the installation of a passing local at Beccles, long referred to as ‘The Beccles Loop’ come to fruition. 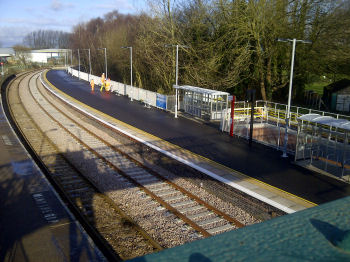 The construction of the loop, some 1279 feet of parallel track at Beccles Station, removes what had been the last obstacle to bringing back an hourly service: the loop allows trains to pass each other approximately halfway through what had been a 16 mile section of single track between Halesworth and Oulton Broad Junction. That single section could only handle rail traffic two-hours in each direction. 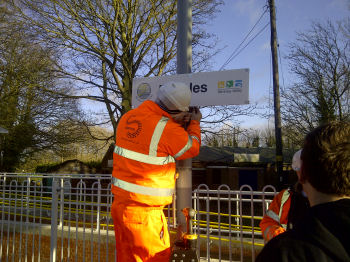 The £4 million pound project involved more than the new track; new points, reconstruction of the former platform, new pavement, installation of a two brand new shelters, new lighting, new real-time information screens, and a new access route via the existing footbridge were also part of the scheme. Network Rail combined the loop project with the installation of a new multi-million pound signalling system. 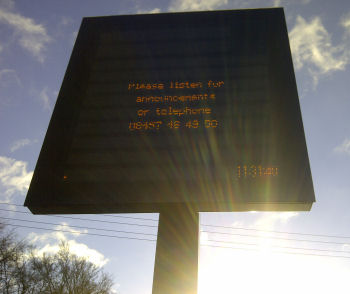 The new hourly service to and from Lowestoft is an expansion of hourly services that have run between Ipswich and Saxmundham for two years; that expansion was possible as parallel track already runs along all of the route from just north of Woodbridge south to Ipswich. 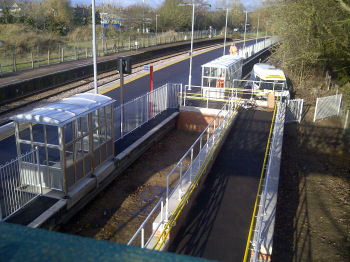 In order to facilitate the new hourly service there are two changes:

Most East Suffolk Line trains will no longer stop at Westerfield which will help make for better connections at Ipswich (The will also help to improve the reliability or morning services from Lowestoft and Felixstowe into Ipswich. For travel to Westerfield, Derby Road, Trimley, and Felixstowe, connections can be made at Ipswich. 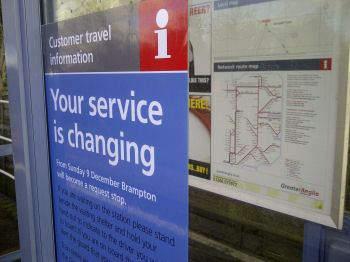 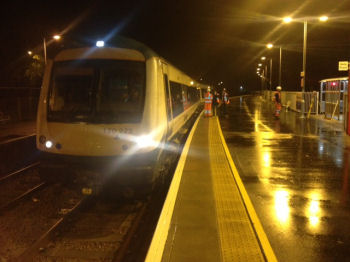 The new hourly service is available across most of the day Monday to Saturday. Sunday services will remain at every-other-hour.