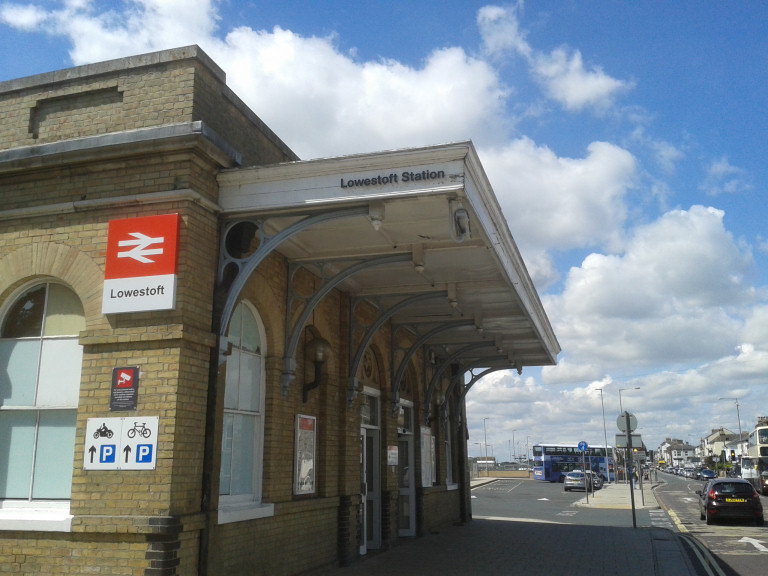 Lowestoft station is set to receive a boost after plans for a new Visitor Information Centre were given the green light.

The project, which is led by the East Suffolk Lines Community Rail Partnership (ESLCRP), will see a new volunteer-run visitor information centre, Community Rail office, and station adopters’ room at the station.

The project was backed by Waveney MP Peter Aldous, who recently discussed the exciting plans for the station in the House Of Commons, with Rail Minister Claire Perry agreeing to meet with the project team to discuss ideas and further funding opportunities.

Train operator Abellio Greater Anglia agreed to allow use of some station buildings for the creation of a new volunteer-run Visitor Information Centre.

Martin Halliday, Community Rail Officer for the ESLCRP said: “Lowestoft has a unique asset in the station; its central location, history and regular services are now set to be complemented by the opening of a new visitor information facility and the formation of a dedicated station adoption team. There are some exciting ideas currently being discussed and we are looking forward to working with various parties to realise these aspirations, helping to release the enormous potential of this historic site.”

Paul Oxley, Stakeholder Manager at Abellio Greater Anglia, said: “We are very pleased to be working with ESLCRP on this project deliver a facility to boost the town’s tourism, and would like to thank everyone who has been involved so far. Around half a million passengers use the station each year, which serves direct lines to both Ipswich and Norwich with onward connections to London, the midlands and north.”

The government expects and recommends people wear face coverings in crowded areas such as public transport.