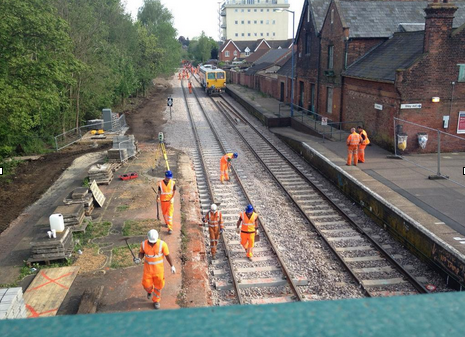 This December sees significant improvements to train services on the East Suffolk Line, made possible by a major investment in track, signalling, and stations.

For the first time in more than 25 years an hourly service will operate on the whole of the route between Ipswich and Lowestoft. Currently trains operate to an hourly schedule between Ipswich and Saxmundham; this hourly service expands to the entire route with the commencent of the December timetable from Sunday 09/12/2012. This has been made possible by a £5 million project at Beccles, £1 million of which has come from Suffolk County Council.

Network Rail has invested more than £20 million in a new state of the art signalling system wich replaces the old radio electronic token block system that has lasted almost 30 years.

Improvements to stations have been made up and down the line, which, along with the major infrastructure project listed above, are all designed to make travelling on the East Suffolk Line easier and more convenient.

Train operator Greater Anglia and the East Suffolk Line Community Rail Partnership are seeking your help in promoting these improvements within your community.  If you would like more information please contact us.