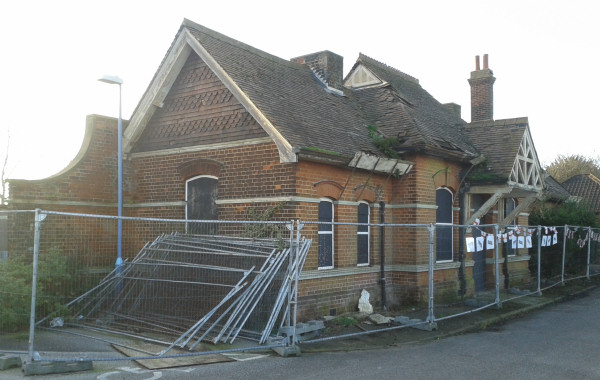 A bold step has been taken by a local charity in an effort to save a set of derelict station buildings in East Suffolk. The Trimley Station Community Trust has been granted a two-year lease on the buildings at Trimley Station and plans to return them to their former pristine state.

Trimley station, on the line between Ipswich and Felixstowe, was opened in 1891 and the buildings represent the last surviving examples of the ‘New Essex’ style of station architecture. The buildings were left vacant after local stations were de-staffed in 1967. 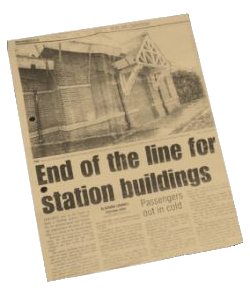 After other attempts to lease the buildings for commercial purposes fell through the buildings were left to fall into a state of disrepair. Network Rail had eventually slated the buildings for demolition in 2003. A plan of action was then put into place resulting in the formation of the Trust.

The 300 strong group is aiming to raise some £350,000 to make necessary repairs to the exterior of two building. Whilst the brickwork is in very good shape the roof on the main station building is in bad need of repair and will be a first priority. Plans for the interior call for installation of new meeting rooms, a conference room, kitchen and toilets. The facility will be offered for use by local residents and groups, visitors, and the 40,000 passengers who pass through Trimley station each year. 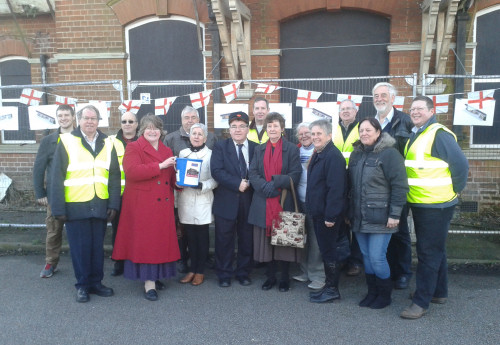 The lease between the Trust and train operator Abellio Greater Anglia came into force on 1st February 2014 and was celebrated on the day by Trust members and local dignitaries with a gathering and toast at the station. 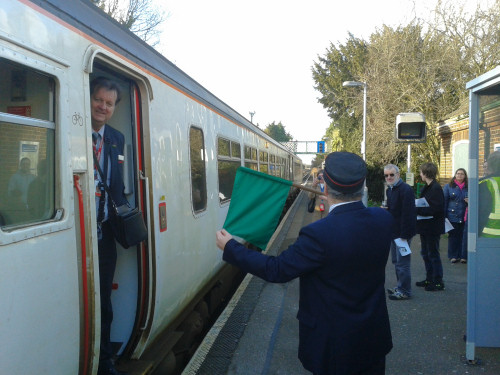 Trust member Colin D’Eath, dressed in a British Rail uniform, ceremoniously waived off the 14:28 Greater Anglia service to Ipswich to officially mark the commencement of the new lease. The agreement runs to 2016 which coincides with the 125th anniversary of the building’s original completion, and the target date to have the restoration complete. A twenty-five year lease is then expected to be agreed allowing for the long-term future of the buildings to be secured.

If you are interested in the restoration project, how to get involved, or want more information on the Trimley Station Community Trust see their website.