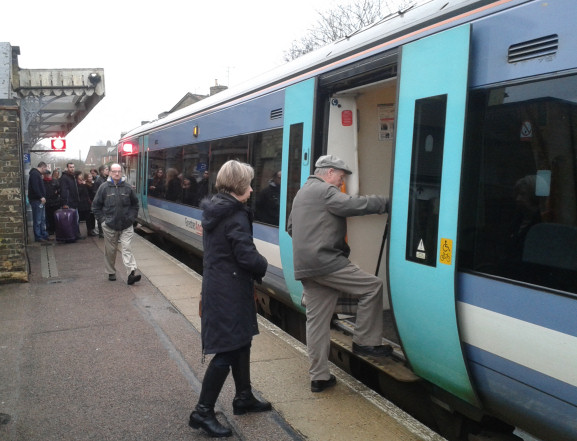 Train operator Abellio Greater Anglia attributes much of the increase to the number of trains running on the line. In December 2012 the number of trains Monday to Saturday effectively doubled when an hourly service was introduced between Ipswich and Lowestoft. This was possible following the completion of a passing loop at Beccles and reinstatement of the old centre platform, and the installation of a brand new state-of-art signalling system. The enhancements not only allowed for more trains to run, but for better punctuality.

A Slew of Schemes

In addition to the major infrastructure projects several other schemes were completed up and down the line. New Help Points were installed at several stations, a Real Time Information Screen was fitted at Oulton Broad South, and Ticket Vending Machines were placed at Woodbridge, Saxmundham, and Beccles. A new through-ticket service was introduced for journeys by rail to Halewsorth and bus to Southwold. At Lowestoft the car park and station forecourt were rebuilt from scratch providing for a much better interchange for trains and buses, and better parking facilities for cars, motorcycles and bicycles. The waiting room at Saxmundham was reopened, all stations along the line were repainted, and the car park schemes to provide more spaces at Melton and Wickham Market were completed. At Wickham Market lighting was installed in the new car park and an old entrance to the platform closed years ago was reopened.

Passenger comfort was also a priority in 2013. Along with all the line-side improvements came a programme to increase on-train passenger comfort. The Class 156 two car trains were completely refurbished inside and out, and the Class 170 three car trains received new carpeting.

Abellio Greater Anglia worked closely with the East Suffolk Lines Community Rail Partnership and Suffolk County Council to bring many of the projects to fruition.