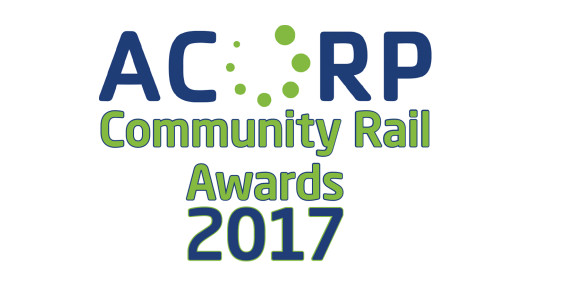 Wickham Market station has been shortlisted in the category Best Improved Station Buildings. The station house opened to the public earlier this year following a major refurbishment and restoration; the works were undertaken by Station House Community Connections, a local charitable organisation.

As part of the scheme the East Suffolk Lines Community Rail Partnership was able to facilitate a £25,000 grant towards reinstating the platform canopy which, along with a number of other funding partners including the Railway Heritage Trust, has substantially improved passenger facilities at the rural station, which features meeting rooms and a café.

Shortlisting in the Best Marketing Campaign is for a new line guide produced by the East Suffolk Lines Community Rail Partnership. The commissioning of a new geographical map of of the two lines running from Ipswich to Felixstowe and Lowestoft also been included a poster version displayed at stations.

The guide and poster feature a host of information about towns, villages and attractions along the routes aimed at encouraging residents and tourists to explore the local area by train.

The awards, which are now in their 13th year, recognise the important but often unsung work carried out by community rail partnerships and station adoption groups, amongst others, who provide a welcome social and economic contribution, with their activities, to their communities.

The winners will be announced Thursday 5 October 2017.

This website uses cookies to improve your experience while you navigate through the website. Out of these cookies, the cookies that are categorized as necessary are stored on your browser as they are essential for the working of basic functionalities of the website. We also use third-party cookies that help us analyze and understand how you use this website. These cookies will be stored in your browser only with your consent. You also have the option to opt-out of these cookies. But opting out of some of these cookies may have an effect on your browsing experience.
Necessary Always Enabled
Necessary cookies are essential for the website to function properly. This category only includes cookies that ensures basic functionalities and security features of the website. These cookies do not store any personal information.
Functional
Functional cookies help to perform certain functionalities like sharing the content of the website on social media platforms, collect feedbacks, and other third-party features.
Performance
Performance cookies are used to understand and analyze the key performance indexes of the website which helps in delivering a better user experience for the visitors.
Analytics
Analytical cookies are used to understand how visitors interact with the website. These cookies help provide information on metrics the number of visitors, bounce rate, traffic source, etc.
SAVE & ACCEPT
Knock-on effects possible from Saturday's strike