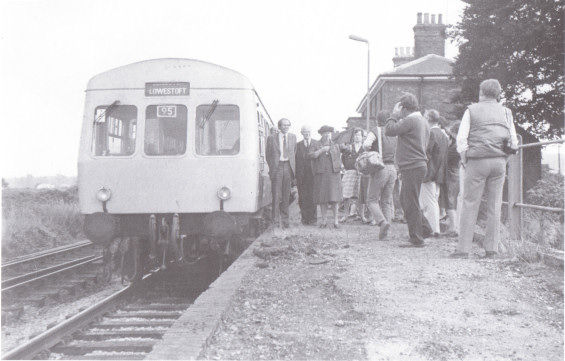 03 September 2014 came and went at Melton Station. For some passengers it was just another day; for others the date of 03 September marks a special day, when it was once again possible to travel to and from Melton by train.

Melton Railway station opened in 1859, and it stayed that way for 95 years. That all changed on 02 May 1955 when the last passenger train departed leaving only the goods yard and occasional freight traffic. By the early 1980s all freight traffic stopped as well.

In 1983 Melton Parish Council approached Suffolk County Council to enquire about the possibility of reopening the station. It helped that a new parish councillor also worked in the county’s public transport unit. At the same time British Rail was working on a scheme to install a track-side radio system; it would control trains centrally which would mean signal boxes like the one at Melton (since demolished) would no longer need to be manned. With the station building, and more importantly, the platform still intact, it would not cost BR much in the way of money to once again serve Melton.

The station reopened to passengers on 03 September 1984, but the official reopening ceremony took place two days later on 05 September after the summer holidays; this allowed school children from Melton Primary to take part. A reception hosted by Girdlestone Pumps Ltd followed at their busy factory which at the time was right across the street.

The station has now once again been open for longer than it was closed, and it goes from strength to strength. Six days a week Melton enjoys an hourly passenger service in each direction meaning a train can be seen at the station approximately every half hour (Sundays the service is every other hour). Passenger numbers continue to rise; in the last 8 years footfall at Melton has tripled from 20,000 passenger journeys to more than 63,000 a year.

Station parking spaces increased in 2012 from 4 to 30 with the addition of a new car park, and overflow parking was made available at the Suffolk Coastal District Council car park across the track next to the River Deben. At the same time the original car park was converted for use by blue badge holders. In 2013 a second entrance (the original main entrance to the platform) was reopened to allow easier access for passengers using the new car park.

There are additional improvements in the works. Trains will soon approach the station from the north at a quicker pace once the newly installed barriers at the adjacent level crossing are activated (scheduled to take place 04 October 2014), and train operator Abellio Greater Anglia is investigating the possibility of adding a real-time information screen. 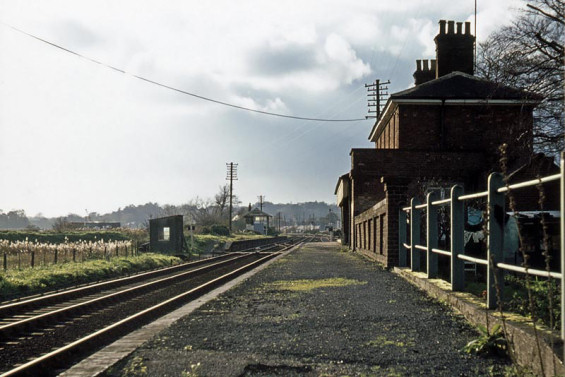 Melton station today survives thanks to the efforts of those determined to see it reopened, and will survive into the future thanks to the rising number of passengers who continue to make use of this valuable local resource.

Many thanks go to Vic Mitchell and Middleton Press for the use of their photograph of the official reopening in 1984 which comes from the book Eastern Main Lines – Ipswich to Saxmundham, to Mark Dufton for kindly allowing the use of his photograph of Melton station from 1976 which appears on the Railbrit website, and to the ‘Melton Messenger’ parish council newsletter September 2014 edition.