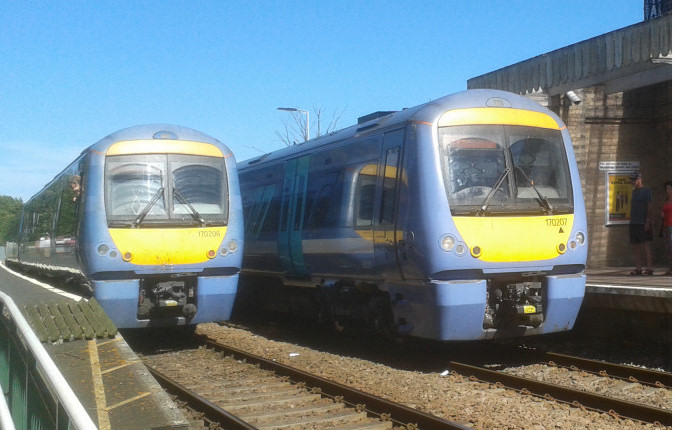 The class 170 units work the rural routes including the East Suffolk Line, with occasional working on the Felixstowe line, and also provide Ipswich – Cambridge, Ipswich – Peterborough, and Norwich – Cambridge services. The work, being done in Crewe, is part of Greater Anglia’s new franchise which commenced October 2016.