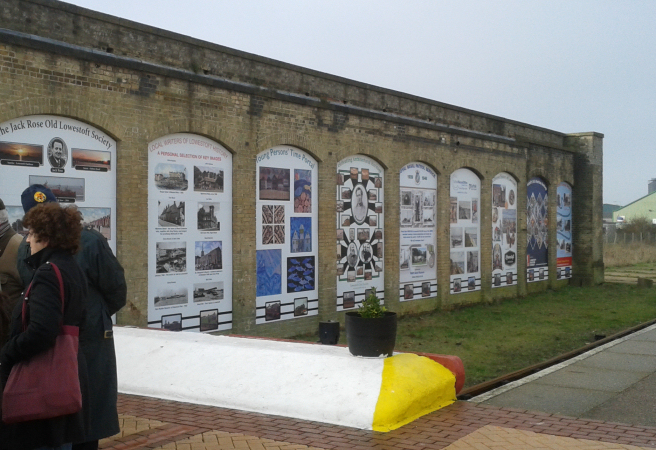 A community project involving local schools and museums has been unveiled at Lowestoft Railway Station. The Young Persons’ Time Portal has seen pupil’s artwork and historic images displayed in a series of arches at the town’s railway station.

On 27 January the finished arches were officially unveiled with ten large-scale panels featuring images from the town’s industrial and social heritage, along with a host of colourful artwork. The project, which was two years in the making, brought together four local schools along with several museums and heritage organisations including Lowestoft Museum, Lowestoft Maritime Museum, the East Anglia Transport Museum, the town’s Heritage Workshop Centre, Civic Society and a number of local historians. 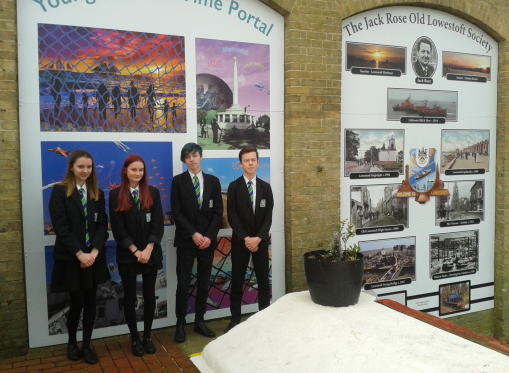 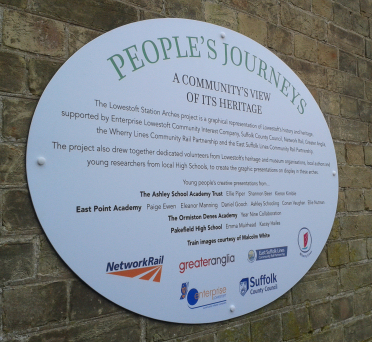 Ten brick arches opposite platform four at the station now feature a colourful mixture of artwork, historic images and information including details the town’s early roots as a fishing port, the industrial development of the harbour and railway, the town’s role in two World Wars and the influence of Sir Samuel Morton Peto in bringing the railway to the town, creating its port and developing the south of the town into a popular Victorian resort.