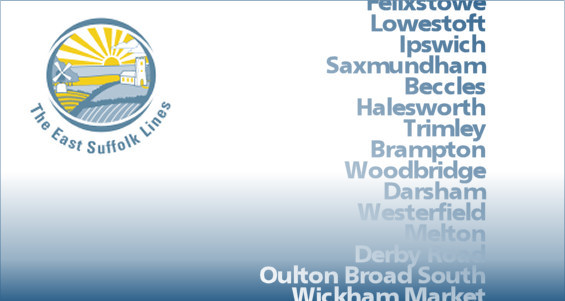 The East Suffolk Lines Community Rail Partnership and some of the volunteers who help to promote the line and look after its stations were recently rewarded for their work.

The East Suffolk Line Development Group came in 3rd place in the Teamwork category at the National Community Rail Awards in Llandudno on 28th September for it Stations Investment Plan. The 45 page document covers all the stations from Ipswich to Felixstowe and Lowestoft. The plan contains a comprehensive list of station assets and facilities along with suggested improvements and enhancements.

On 18 October train operator Greater Anglia held its annual Station Adopter Awards in Ipswich. Each of the East Suffolk Lines stations has been adopted by volunteers who help with station upkeep, station presentation, floral displays, and landscaping.