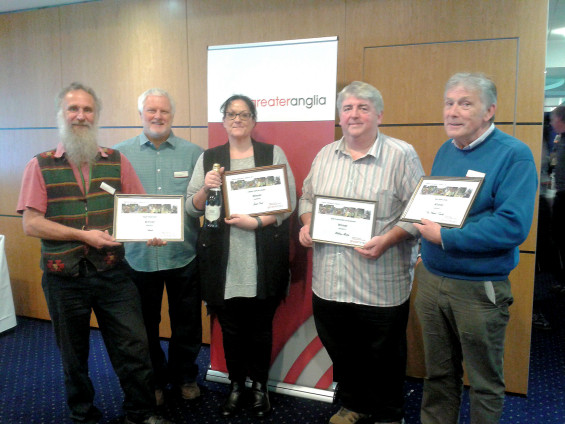 Tom is one of Greater Anglia’s newest adopters having taken on Trimley station just a few short months ago. In that time Tom created an extensive and colourful flowerbed along the platform.

The group of adopters won first prize in recognition of their efforts to keep the station clean and tidy, undertake a unique project to clear and maintain sections of the non-operational platform, and along with Beccles Town Council, install new planters and flowers along the Ipswich bound platform.

Jacqui went above and beyond the call of duty in her efforts in support of the Community Rail Partnership, the brilliant flowers and planters along the concourse, and her assistance in dealing with a serious medical emergency involving a passenger.

Andrew Goodrum, Greater Anglia’s Customer Service Director, said: “Our station adopters are real community heroes who give so much time and enthusiasm to bring rural stations to life and restore their links to the communities they serve. The adopters know their stations and the needs of their community well and we are happy to support their aims through small grants and facilitating improvements. I am delighted that we can also recognise and thank them through the Adopter Awards – we’ve seen some fantastic and innovative projects this year and I would like to thank them all for their continued hard work.”