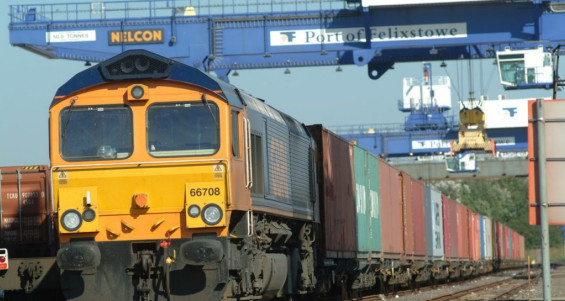 Felixstowe Line Upgrade Given Go Ahead

A major scheme to allow more freight services and a more reliable passenger service between Ipswich and Felixstowe has been given the go ahead by the Secretary of State for Transport and the Port of Felixstowe.

The £60.4 million project includes installing an additional track between Trimley station and Grimston Lane foot crossing on the Felixstowe Line which will create a double track railway between those two locations. The improvements will allow up to 47 freight trains to run per day; at present 33 freight trains use the line daily in each direction on what is a mainly single track railway. Each additional train will carry the equivalent of 60 lorry loads.

Over the coming months Network Rail will begin clearing vegetation to make room for the second track.

Meliha Duymaz, Network Rail’s route managing director for Anglia, said: “We’re improving the Felixstowe branch line to provide a step change for rail freight in Suffolk and beyond as part of our Railway Upgrade Plan. We’re supporting the growth of the UK economy by enabling more goods to be transported on the railway and reducing the number of lorries on the road. The work will also create a safer and more reliable railway for passengers travelling between Ipswich and Felixstowe.”