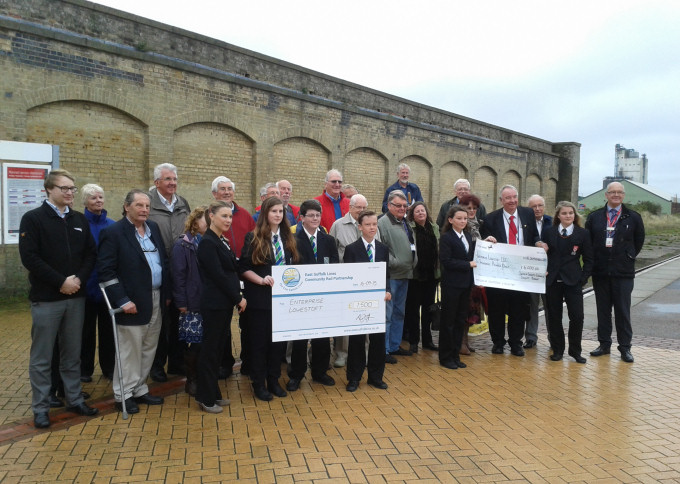 A scheme that combines history, art, and students’ imaginations which will brighten up Lowestoft station has officially gotten underway. The ‘Lowesoft Station Arches’ project is an initiative that will display the artistic talents of students whilst paying tribute to Lowestoft’s rich heritage. The students will create panels for the brick arches on the station’s southern interior wall; each will feature a different panel from a different point in time. The aim is to demonstrate the many ways people came to Lowestoft from the town’s very beginnings to the present day.

Students will create and submit their artwork over the next three months. From all the entries eight will be chosen and put on public display in January. Two of the arches will be reserved for an educational theme and will be selected in late February. All the panels are expected to be installed for an official unveiling at 11am on 23 April 2016, St Georges Day.

The project is an initiative of Enterprise Lowestoft; the community interest company is dedicated to raising the aspirations and outlooks of the young people of Lowestoft and the Waveney district.