Note: the story below was originally published 4 May 2016. In 2018 a new edition of the booklet was published. Details on the updated routes and downloadable versions can be found here 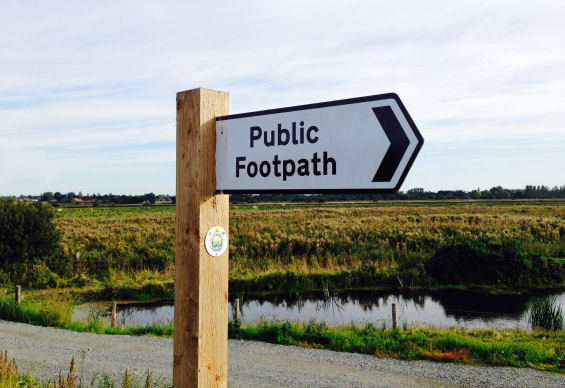 This is the fourth edition of the guide and contains popular existing and new walking routes and local information connecting the two railway lines in the east of the county with a host of towns, villages and areas of special interest.

Devised and written by Ipswich author Roger Wolfe, the guide was first published more than 12 years ago and has since become an essential tool for walkers across the east with many from further afield also benefiting from its valuable information when visiting the area.

The newly revised edition features several new walks in addition to existing way-marked routes between Ipswich and Lowestoft. Descriptions of rambles to Aldeburgh, Bungay, Framlingham and Southwold, all connecting with railway stations, have been added along with walks linking with the railway between Ipswich and Felixstowe. For the more ambitious walker, individual routes can also be connected together creating a long distance trail of over 70 miles.

Author Roger Wolfe revealed that the initial concept of publishing detailed walking routes connected with the railway was inspired by a guide published in the 1930s by the London and North Eastern Railway and as a life-long member of the Ramblers Association he wondered how well the idea might work in the more modern Suffolk landscape.

Roger said, “I was delighted to find that stations connected very well with the network of local public rights of way and provided excellent starting points for some of the most enjoyable country rambles in Suffolk. A scheme that promoted the use of a valued, rural transport link as well as encouraging use of the footpath network seemed obvious and the first publication initially featuring routes between Ipswich and Lowestoft followed in 2004.”

Walks explored in the new version include a journey from the Broads National Park to Britain’s most Easterly point via the industrial and seafaring heritage of Lowestoft, a gentle stroll of under two miles along the shores of the River Deben between Melton and Woodbridge and the authors’ favourite route in the series, a trek of over ten miles through isolated country between Campsea Ash, Wickham Market and Saxmundham. Dedicated long distance walkers can easily combine the shorter walks to suit their ability.

The first edition was produced in conjunction with the East Suffolk Travellers Association (ESTA), a campaign group originally formed in the 1960s which successfully fought to save the Ipswich to Lowestoft railway from closure as recommended in the notorious Beeching Report. With the walks becoming increasingly popular, subsequent editions, each in extended form, have been funded and published by the East Suffolk Lines Community Rail Partnership, an independent organisation which seeks to both promote and improve rail services in the county.

Over the past few years rail journeys have increased 99% on the line between Ipswich & Lowestoft following the introduction of the Monday to Saturday hourly service. Additional services have also been added on Sunday’s making the planning of walks much easier. Train operator Abellio Greater Anglia has a special Group Save ticket offering substantial discounts for parties of three or more travelling on both the Lowestoft – Ipswich & Felixstowe – Ipswich routes.

Roger added; “The benefits of a country walk dissipate very quickly if returning home requires driving along the A12 or A14, much better to relax on the train and watch the countryside go by, perhaps looking out for some of the paths walked earlier in the day.”