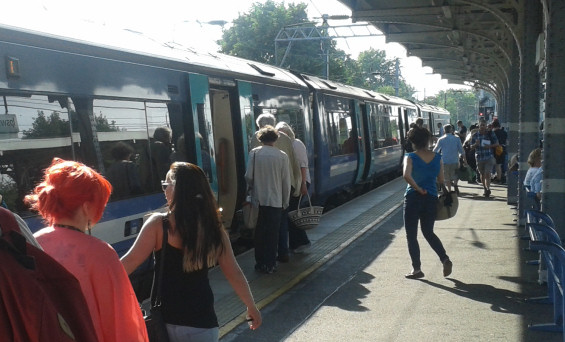 The East Suffolk Lines Community Rail Partnership (CRP) was recently recognised for its efforts to make significant improvements on the Ipswich to Lowestoft line following the introduction of the hourly service in late 2012. The CRP, train operator Abellio Greater Anglia, and Suffolk County Council were awarded first place in the category ‘Passengers Matter’ for ‘Developing the East Suffolk Line.’ The honour was presented at the 2014 Association of Community Rail Partnership (ACoRP) Awards in Scarborough in October. The CRP was shortlisted alongside six other groups.

With the hourly service in place it became important for those involved to continue the momentum into 2013 by delivering on schemes which would make using the railway between Ipswich and Lowestoft even more attractive and convenient. 2013 saw several projects come to fruition.

Firstly was the initiative to see Ticket Vending Machines installed at the key stations of Beccles, Saxmundham, and Woodbridge. In less than a year more than 55,000 tickets were sold at these three locations.

In May 2013 a new through ticket to Southwold became reality. Southwold was added to the National Rail list of stations allowing anyone anywhere to buy a combined ticket for a journey on Abellio Greater Anglia trains and on the Anglian Bus service from Halesworth to Southwold, and vice-versa. The ticket has been widely used by both Southwold residents and visitors to the seaside town.

By September 2013 the new bus-rail interchange at Lowestoft station was officially opened. The multi-million pound scheme delivered real-time bus information, dedicated bus lanes allowing passengers to board and alight without dispruting traffic on Denmark Road, and raised curbs making it easier for wheelchair users to move been the bus shelters and the station entrance. 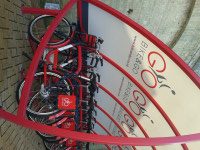 Inside the station forecourt at Lowestoft plans were under way to improve connections for cyclists. In February 2014 ‘Bike & Go,’ Abellio Greater Anglia’s innovative cycle hire scheme, was opened. Bicycles can now be hired at the station for onward journeys. The scheme matches one now open at Ipswich, and both stations were also fitted with a secure ‘Cycle Park.’ Cyclists are issued a fob and code and can lock their bicycles in a secure compound on the platform.