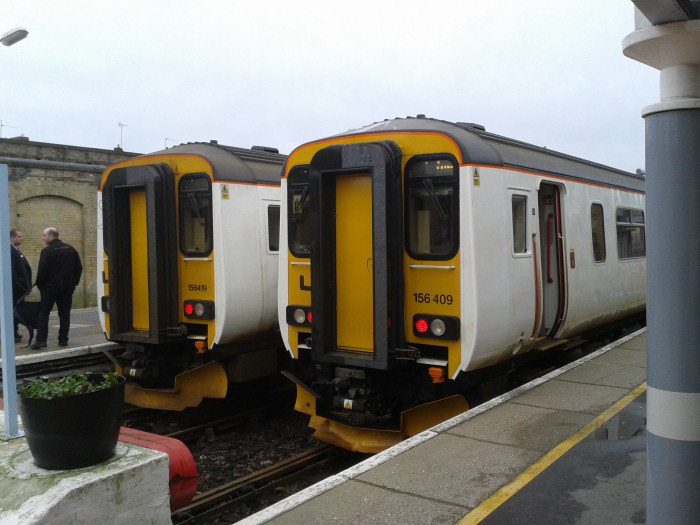 A £3 million upgrade to the region’s fleet of nine class 156 trains is now complete. Abellio Greater Anglia began the overhaul last Autumn; the final two-car unit, number 156416, was recently completed with the train returned to service on 13 June 2014. 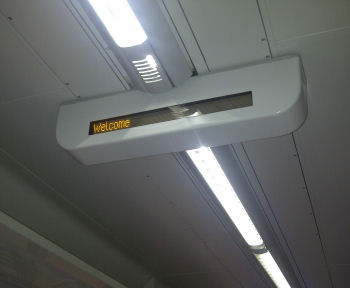 The upgrade involved work to the train’s exterior and interior. Inside the entire fleet were fitted with new interior grey-coloured wall and ceiling panels. Older fluorescent lighting was replaced with modern and efficient LED tubes producing a brighter whiter light.

A new automated passenger information system display was installed in each carriage. The system provides visual announcements such as stops along the route and the next arrival station. Prior to the overhaul only announcements made by the guard were available. The new system is similar to those found on the Class 170 three-car trains. 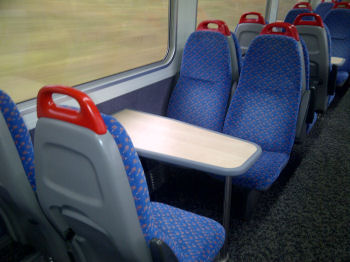 New seat covers were applied along with new table tops and new carpeting. The seating layout was modified to provide priority seating, fold-up seating, wheelchair spaces with call-for-aid buttons, and a wheelchair accessible universal toilet. As a result the Abellio Greater Anglia Class 156 fleet is now compliant with changes to the regulations for passengers of reduced mobility which will come into force in the future.

New external door sounders were fitted to provide an audible warning when doors are about to close. 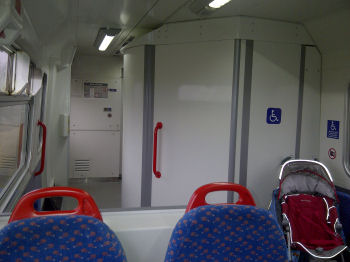 Each unit was then deep cleaned and received a new coat of paint in the Abellio Greater Anglia red and white livery.

The Class 156 units are in operation on the East Suffolk Lines between Ipswich and Lowestoft, and Ipswich and Felixstowe. They also operate between Marks Tey and Sudbury, Ipswich and Cambridge, and Nowich to Lowesoft, Great Yarmouth, and Sheringham.